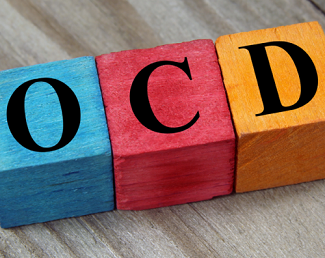 Obsessive-compulsive disorder (OCD) is an anxiety disorder in which time people have recurring, unwanted thoughts, ideas or sensations (obsessions) that make them feel driven to do something repetitively (compulsions). The report also suggested that OCD was the fourth most common mental illness after phobias, substance abuse, and major depression.

Factors that may play a role include head injury, infections, and abnormal function in certain areas of the brain. Genes (family history) seems to play a strong role. A history of physical or sexual abuse also appears to increase the risk for OCD.

Parents and teachers often recognize OCD symptoms in children. Most people are diagnosed by age 19 or 20, but some do not show symptoms until age 30.

Obsessions are repeated thoughts, urges, or mental images that cause anxiety. Obsessive thoughts can include:

Compulsions are repetitive behaviors that a person with OCD feels the urge to do in response to an obsessive thought. Compulsive habits can include:

Most people with OCD fall into one of the following categories:

Brain imaging techniques have allowed researchers to study the activity of specific areas of the brain, leading to the discovery that some parts of the brain are different in people with OCD when compared to those without. OCD may be a result of changes in your body’s own natural chemistry or brain functions.

An association between childhood trauma and obsessive-compulsive symptoms has been reported in some studies. In some cases, children may develop OCD or OCD symptoms following a streptococcal infection—this is called Pediatric Autoimmune Neuropsychiatric Disorders Associated with Streptococcal Infections (PANDAS).

Treatment for OCD will depend on how much the condition affects the person’s ability to function.

Psychotherapy can be an effective treatment for adults and children with OCD. Research shows that certain types of psychotherapy, including cognitive behavior therapy (CBT) and other related therapies (e.g., habit reversal training) can be as effective as medication for many individuals.

CBT is an effective method of treating OCD. CBT is a type of psychotherapy (talking therapy) that aims to help the individual change the way they think, feel, and behave. Exposure and response prevention (ERP), a type of CBT therapy, involves gradually exposing you to a feared object or obsession, such as dirt, and having you learn healthy ways to cope with your anxiety.

Simple things like meditation , yoga , and massage can help with stressful OCD symptoms.

In rare cases, when therapy and medication aren’t making enough of a difference, your doctor might talk to you about devices that change the electrical activity in a certain area of your brain. One kind, transcranial magnetic stimulation, is FDA-approved for OCD treatment. It uses magnetic fields to stimulate nerve cells.

A class of medications known as selective serotonin reuptake inhibitors (SSRIs) is effective in the treatment of OCD. Certain psychiatric medications can help control the obsessions and compulsions of OCD.

Patients who do not respond to one medication sometimes respond to another. Other psychiatric medications can also be effective. Noticeable benefit usually takes six to twelve weeks to occur.