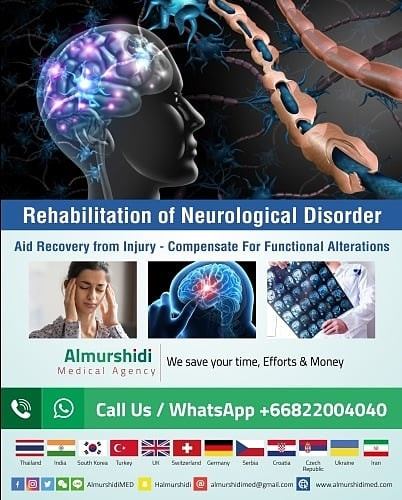 Several treatments are available when treating neurological disorders. Some are curable, some can only be treated but not entirely cured

Getting treatment for neurological disorder is a crucial process as the treatment being given must be compatible and effective to the patient.

We at Almurshidi Medical Tourism will find the best doctors and hospitals to cater to your needs, we have partnered with a wide network of hospitals and clinics that provide top quality medical experience.